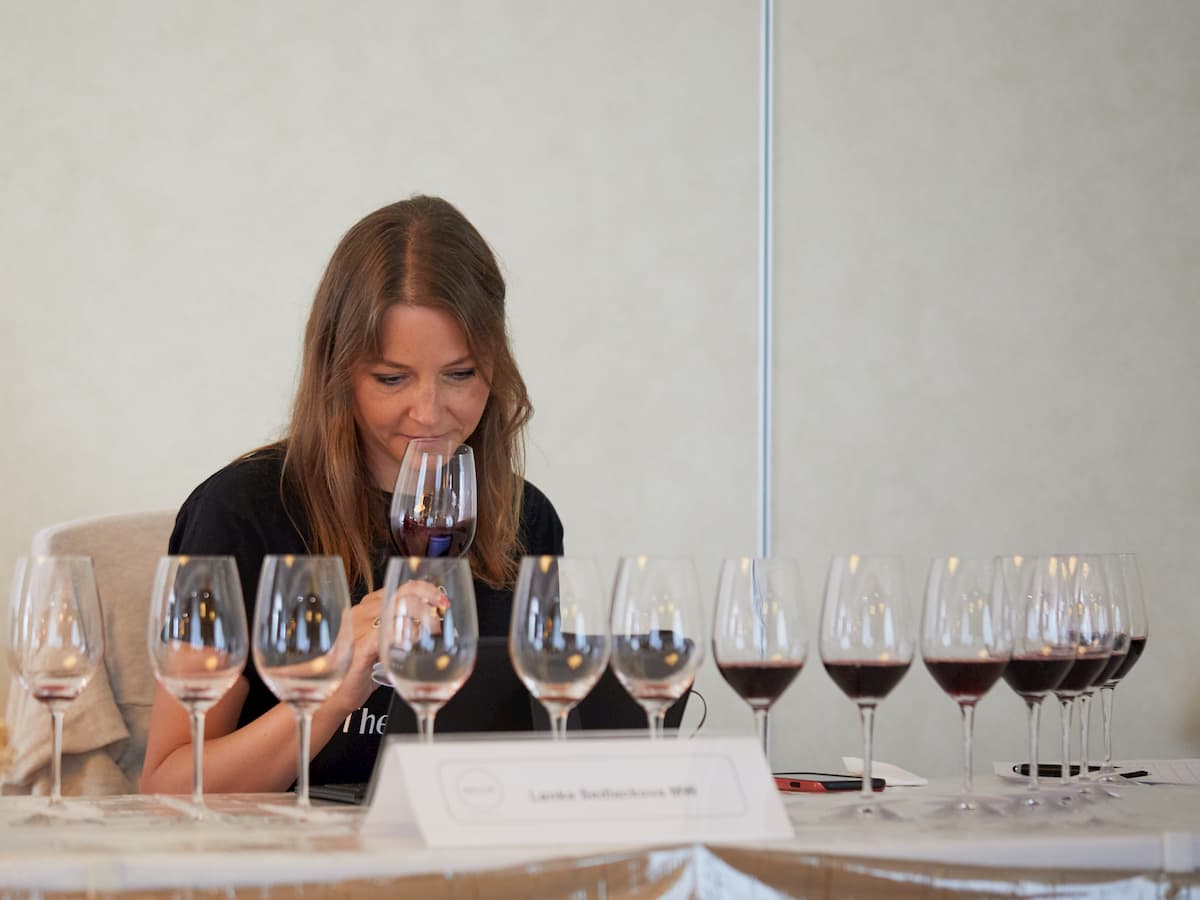 I am writing this blog post on the 1st November, the very first International Xinomavro day. A great day to celebrate Greece’s premier red variety: autumnal, dark and brooding, much like my mood as we embark on a second lockdown. Heading into the winter months brings with it a certain amount of nostalgia. I find myself thinking back to those warm sunny days of Indian summer, and a trip to Athens where we tasted our way through hundreds of Greek wines in an attempt to identify the 50 great ones.

It wasn’t an easy task to identify 50 Great Greek Wines because there were just so many exceptional wines on show. And whilst Assyrtiko is the undisputed star of Greek wine, many other varieties demonstrated that Greece has an expansive potential for high quality wines beyond Assyrtiko. It is clear that Greek winemakers have developed an affinity for Rhône varieties like Viognier or Syrah but there is no denying that indigenous varieties ruled supreme. Given the innovative judging system, rare varieties remained hidden to us, in an effort not to skew opinion. Something that worked well. So, what stood out for me?

The aforementioned Xinomavro shone bright, with top examples from lesser-known Rapsani, Amyndeo and Goumenissa, as well as those from the more renowned Naoussa region. Rather than the rustic traditional styles that highlight Xinomavro’s deep tannic qualities, the most successful wines instead emphasised aromatics and tannin finesse over savoury structures. These are exactly the styles in favour in many international markets, particularly in restaurants. As someone who has followed Xinomavro for a while I am heartened by Xinomavro’s continued evolution in the hands of thoughtful winemakers who help make this often rustic variety more accessible and drinkable in its youth. As well as making great structured reds, Xinomavro is also fantastic in sparkling form (see Domaine Karanika’s Cuvée de Reserve) and as an elegant, savoury rosé. This versatility only adds to its appeal.

Other red varieties that really impressed were elegant and unoaked/lightly oaked versions of Agiorgikito and also Limniona, Limnio, Liatiko and Mavrotragano. Here, considerate winemaking helped ‘tame’ these varieties. Dougos’ ‘L’ Limniona from Thessaly gets a percentage of whole bunch, bringing out a wonderfully lifted, crunchy red fruit character. T-Oinos Mavrotragano from Tinos island benefits from international expertise (in the form of Bordeaux consultant Stéphane Derenoncourt) and this results in a super creamy, spicy, round and supple version of Mavrotragano, by all means not an easy thing to achieve, and reminded me of a high quality new world Syrah. The Aslanis Limnio (which came in at no. 23), with its abundance of wild strawberry and raspberry fruit and silky tannins, was reminiscent of a highly drinkable Cinsault. The ‘ashy’ tannins and red fruit profile of Liatiko makes it a great comparison to Sicily’s Nerello Mascalese. And with time, as evidenced by Domaine Economou’s 2004 Sitia, it blossoms into something quite special.

When it comes to white varieties, you won’t be surprised to see the likes of Vidiano, Robola of Kefalonia or Moschofilero amongst the top scorers. However, it is Crete’s indigenous and ancient variety Dafni that somewhat stole the show. Its distinct bay leaf, rosemary and mint profile is unlike anything else. Cultivated on Crete since Minoan times and more recently rescued by Lyrarakis, Dafni is one of those wonder varieties that pairs well with all those foods that are normally hard to match: like artichokes, asparagus, oily fish and so on.

I was also quite keen on a few of the elegantly-scented Moschofileros from the Peloponnese. That lovely pure expression of rose petals and citrus zest make for wonderful summery whites. Cretan native Vidiano, meanwhile, should have a much bigger presence internationally. Not only is it easy to pronounce, it behaves in a fashion not dissimilar to Chardonnay: the fruit profile is one of stone and orchard fruit, with a textural mouthfeel and great acidity. It works well ‘naked’ or barrel-fermented and can also make fantastic sparkling wines. Robola of Kefalonia remains relatively obscure, because of the small number of producers on the island. Robola’s steely, citric and mineral profile can, in the right hands, yield results that are reminiscent of Assyrtiko and this is not to be underestimated.

Finally, Savatiano from Attika is making big strides. It is one of Greece’s most widely planted white varieties and has, perhaps undeservedly, had a bit of an image problem. This is no longer the case. The un-resinated examples, from producers like Mylonas or Aoton, show its true potential. The fruit profile is rich and succulent, often showing hints of honey, warm peach and apple. With age, it can take on an appealing toasty character, too.

All the grape varieties mentioned are excellent champions for modern Greek wine and worth seeking out. I have been tasked not to talk about Assyrtiko today and I think I have largely succeeded. However, we need to acknowledge the role Assyrtiko has played in bringing excitement and attention to Greece. Assyrtiko’s role is a spotlight to reveal more of Greece’s ancient vinous treasures.